Oh Iceland, the land of fire and ice, the most magical place I’ve ever been. The land of unpredictable weather, countless rainbows, magical horses, and thousands of waterfalls. Iceland truly felt different than any other country I’ve been to. There were several times I felt like I was on a different planet or walking on mars. With only a week in Iceland I packed my days full of different trips and adventures. Everyday was special and memorable. I highly recommended either renting a car, hiring a driver, or booking a day trip tour to truly see the most of Iceland.

The Blue Lagoon is a must when visiting Iceland. Although it’s a big tourist stop, it still feels magical and gives all visitors an Icelandic experience.

I suggest going to the Blue Lagoon as soon as arriving to Iceland. The Blue Lagoon has a shuttle service that picks up at the airport and afterwards drops off in Reykjavik. Spending the day at the Blue Lagoon after traveling on a plane was the perfect cure to jet lag and the best way to be introduced to all the magic Iceland has to offer!

Tips: you have to reserve tickets online ahead of time with a specific time of arrival.

The Blue Lagoon is high in silica, which is great for skin but not so great for hair! I learned the hard way how hard the water can be on hair. If you’re going to get your hair wet be sure to condition hair before entering and after! Also use a clarifying shampoo afterwards to ensure soft hair again.

The South Coast was the region of Iceland I was most looking forward to seeing. There is so much to see and do in the South Coast and luckily, there are several day trip tours that leave from Reykjavik. On the South Coast I suggest seeing: the black sand beach, DC3 plane wreck, Skogafoss and Seljalandsfoss waterfalls. These sights are easy to get to if you’re planning to drive yourself, but if booking a tour, most all stop at these sights. 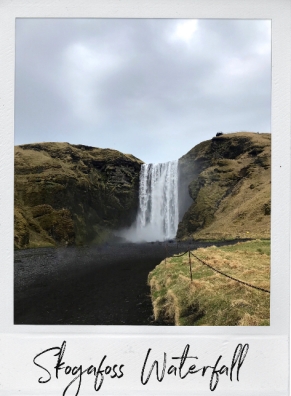 The West Coast of Iceland was so unique and different than any other part of the country I saw. I suggest seeing: Snæfellsnes National Park, Saxhóll Crater, Black Lava Pearl Beach, Gerduberg Basalt Columns, and the town Arnarstapi. The drive along the West Coast was so beautiful and there were many moments where I felt like I was on a different planet. I constantly wanted to take pictures of everything I passed by. There are also several day trip tours from Reykjavik available that go to the West Coast.

Tips: There weren’t many stops for food along the route to the West Coast so be prepared with snacks and even a packed lunch.

The Golden Circle is supposedly the most popular tour for tourists in Iceland. This is a shorter day trip from Reykjavik compared to traveling to one of the coasts. Traveling around the Golden Circle with stops takes only about six hours so it’s a possible half day trip. Along the Golden Circle I suggest seeing: Thingvellir National Park, Geysir Geothermal Field, and the Gullfoss Waterfall. These three stops along the Golden Circle route were so incredible. There are a couple paths surrounding the waterfall so catching the perfect angle of this massive waterfall is possible. 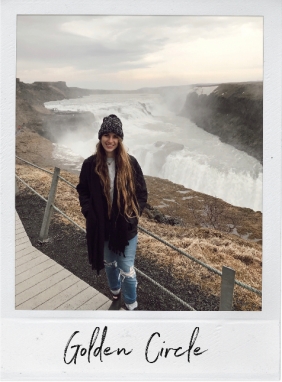 Tips: At the Geysir field, there was one geysir that erupts every five to ten minutes. I ended up watching it erupt countless times! It was so fun to watch the water boil and see the water explode up into the sky. Have your video camera ready!

From the beautiful North East Ohio

Found a passion to travel and create inspired content